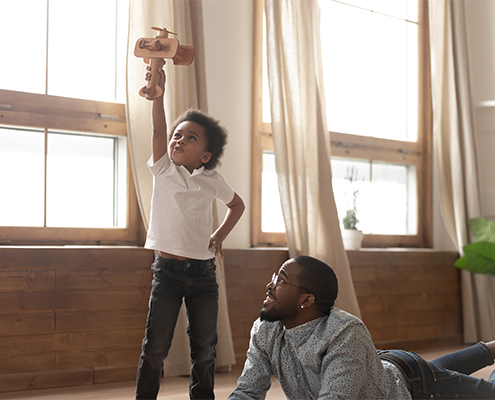 Can Home Ownership Make You Happier?

Homeownership comes with some types of things that renters don’t have to worry about, like home maintenance. But there’s plenty of perks that make owning a home such an important part of the American Dream. There’s nothing quite like the freedom to get a pet or paint your bedroom walls whatever color want — without asking the landlord first. There’s a certain pride that comes with knowing you’re a homeowner. Here’s another perk you may not know about: Numerous studies over many years show a link between owning a home and happiness. Here are some of the findings:

Researchers at the University of Southern California and the University of San Diego conducted a study that links homeownership to a reduced risk of teenage pregnancy and a lower possibility that a child will drop out of school. A study conducted by Ohio State University found that children of parents who own their own homes are more likely to score higher in reading and math and have fewer behavioral problems.

In another study, the Homebuyer Insights Report, 93% of Americans said they are happier after buying a home, and 83% said they never want to go back to renting. Nearly 75% of respondents said that their relationships with family have improved since purchasing a home and 50% said they felt “a restored sense of family pride” after buying their own home.

A report by the Consumer Financial Protection Bureau showed that homeowners generally have higher financial well-being than non-homeowners. In the CFPB’s report, homeowners have an average financial well-being score of 58. That’s higher than renters, who have an average score of 49. The U.S. average financial well-being score is 54. Housing values can fluctuate, of course, but over the long-term homeownership provides the opportunity for individuals and families to benefit financially in several important ways. One important one: The possibility that the value of the home will increase over time, providing the opportunity to build equity. Another benefit is the fact that homeowners aren’t subject to rising rents. With a fixed-rate home loan, the monthly principal and interest payment remains the same over the life of the loan.

The key to homeowner happiness, of course, is finding the right home and one that you and your family can afford. That’s why taking your time when looking for a home and purchasing one you can truly afford is key.

Ultimately, buying the right home can a key ingredient in overall well-being according to another report by HomeAdvisor. The company’s research in the area has found that homeowner happiness boils down to an affordable and comfortable home in a safe neighborhood that provides a reasonable commute. Good things to keep in mind during your next home search.

Want to join the discussion?
Feel free to contribute!